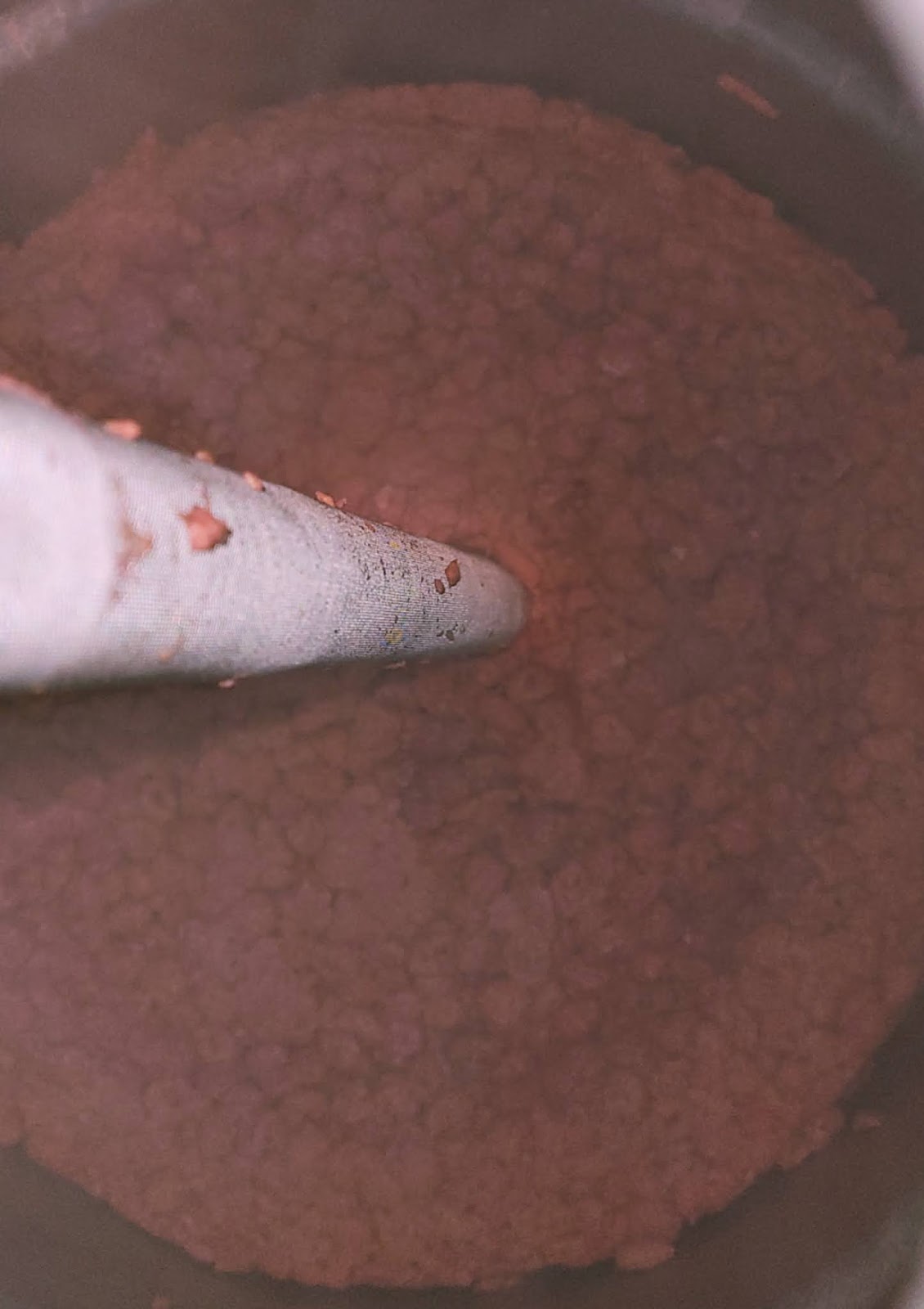 Today's write-up today is about minimizing loss on heavily fruited beers.
Well done fruit beers are some of my favorites, especially when using a sour beer as the base beer. That said, they can be a complete pain to deal with. I like my fruit beers to be very fruit forward, modeling them after my favorite commercial sours from breweries such as Casey Brewing and Bruery Terreux. To do this, I often use two or more pounds of fruit per gallon of beer. These high fruiting rates can be a pain when it comes time to transfer for packaging. The problem is fruit begins to break down during the aging process; even if you start out with large chunks of fruit, you eventually get a mess of fruity sludge in your aging vessel. This usually isn't as big of a concern if you use pureed fruit, but I prefer the character derived from whole unpasteurized fruit, so that's what I usually use in my fruit beers.
In my experience, even if you cold crash, the fruit rarely settles out completely or very compactly. When it comes time to transfer, all the little fruit bits can clog your racking cane causing you to lose siphon. If you pressure transfer, (my preferred method) there's a really good chance your keg posts will get clogged with fruit bits.  I recently ran into this issue with my Sour Dubbel on plums. I'd estimate I lost 1.5 to 2-ish gallons out of about 13 gallons because the fruit sludge kept clogging the pickup tube on my Kegmenter.
After that frustrating experience, I remembered reading about Scott Jannish's method for dry hopping loose in a keg and thought it might work well for fruit beers.
I tried this method out recently with the first 10-ish gallon pull (it was probably closer to 12 gallons) off a sour solera that went on 21 pounds of raspberries and it worked amazingly well. I used it in my 15 gallon Kegmenter, but as long as you have enough volume for the fruit, it should work for any size keg. My setup consist of:
I set it up the same as Scott Jannish describes in his write-up here; stopper goes in the top of the filter then the diptube is inserted into the drilled stopper. This is really easy on a Kegmenter since the gas and liquid posts are installed in the removable tri-clamp lid.
When it's time to transfer off the fruit, I pressure transfer to a serving keg and the filter keeps the fruit pulp from clogging the pickup tube. It's important not to rush things so as to give the beer time to drain out of the fruit mass; I only used about 5 PSI to transfer.
As the Kegmenter empties, you'll get to a point where you'll start pushing CO2 through the line. When/if this happens, stop the transfer and let the Kegmenter sit for a while so that more of the beer can drain out of the fruit. Repeat this a few times and you'll find you'll have minimal losses. In my case, I stopped twice after pushing CO2, and let it sit for 30 minutes each time. The first time, I probably pulled out about 20 oz. The second time, it was probably closer to 12oz. After dumping the fruit, I'd be surprised if there was more than 8oz of "beer" left trapped in the fruit, so this process was much more efficient compared to the several gallons I lost with the plums. 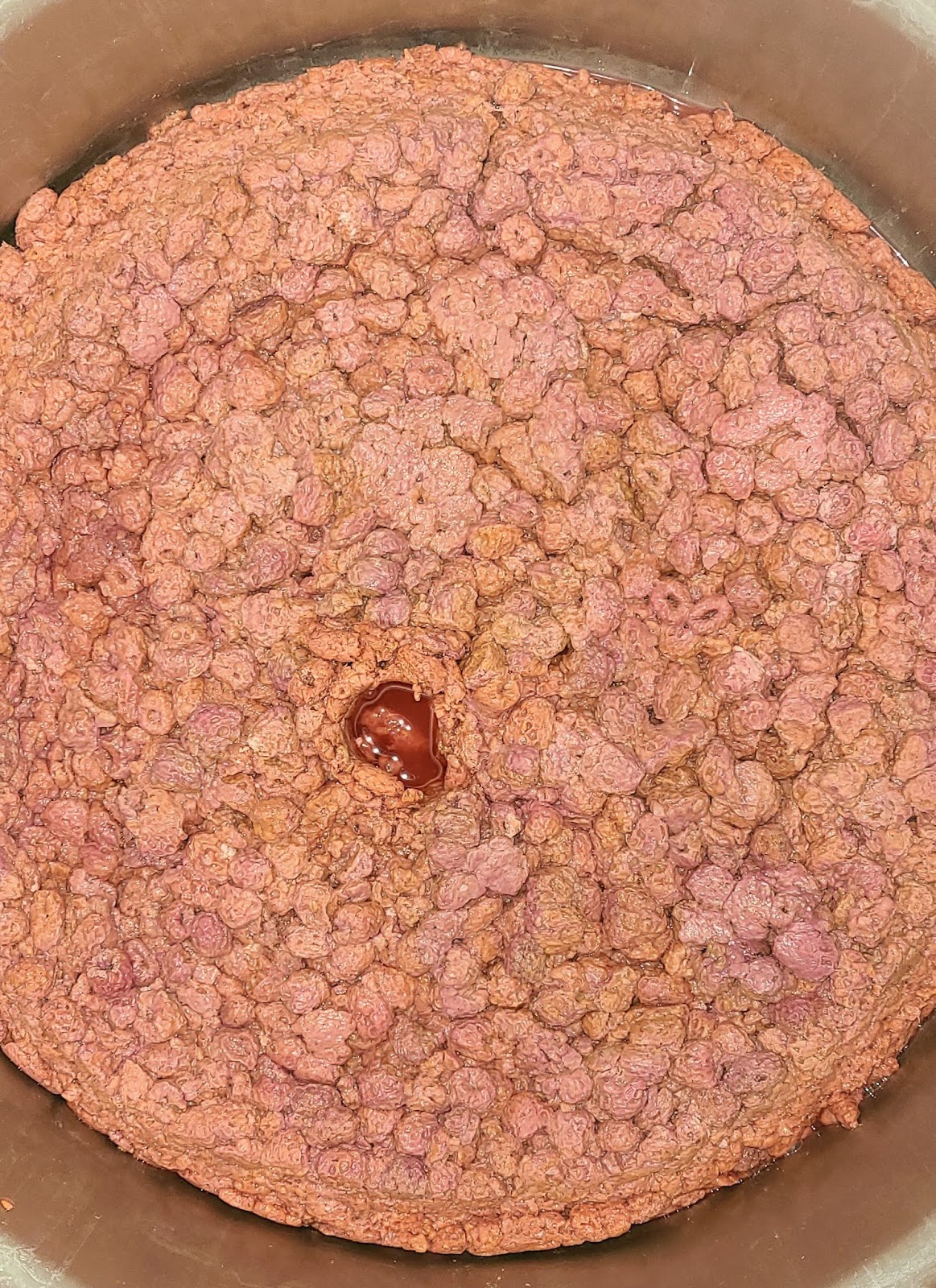 Bonus content: Another thing that I used for the first time is a spunding valve to help regulate the pressure in the keg as the mixed cultures were working their way through the fruit sugars. The Sour Dubbel on Plums had so much fruit and a very active secondary, so much so that bits of fruit were clogging the PRV when trying to vent pressure. The spunding valve works much better than the built-in PRV because it's able to bleed off excess pressure in a very controlled and constant manner. In the case of the raspberries, I didn't have any fruit push up into the spunding valve due to sudden venting. One thing to keep in mind, the spunding valve's PRV is not a super precise piece of equipment, I mean it's less than $15. You can expect to see occasional fluctuations of a couple PSI, so nothing too extreme. That said, it's still a good idea to check the pressure daily to make sure there aren't any pressure spikes. 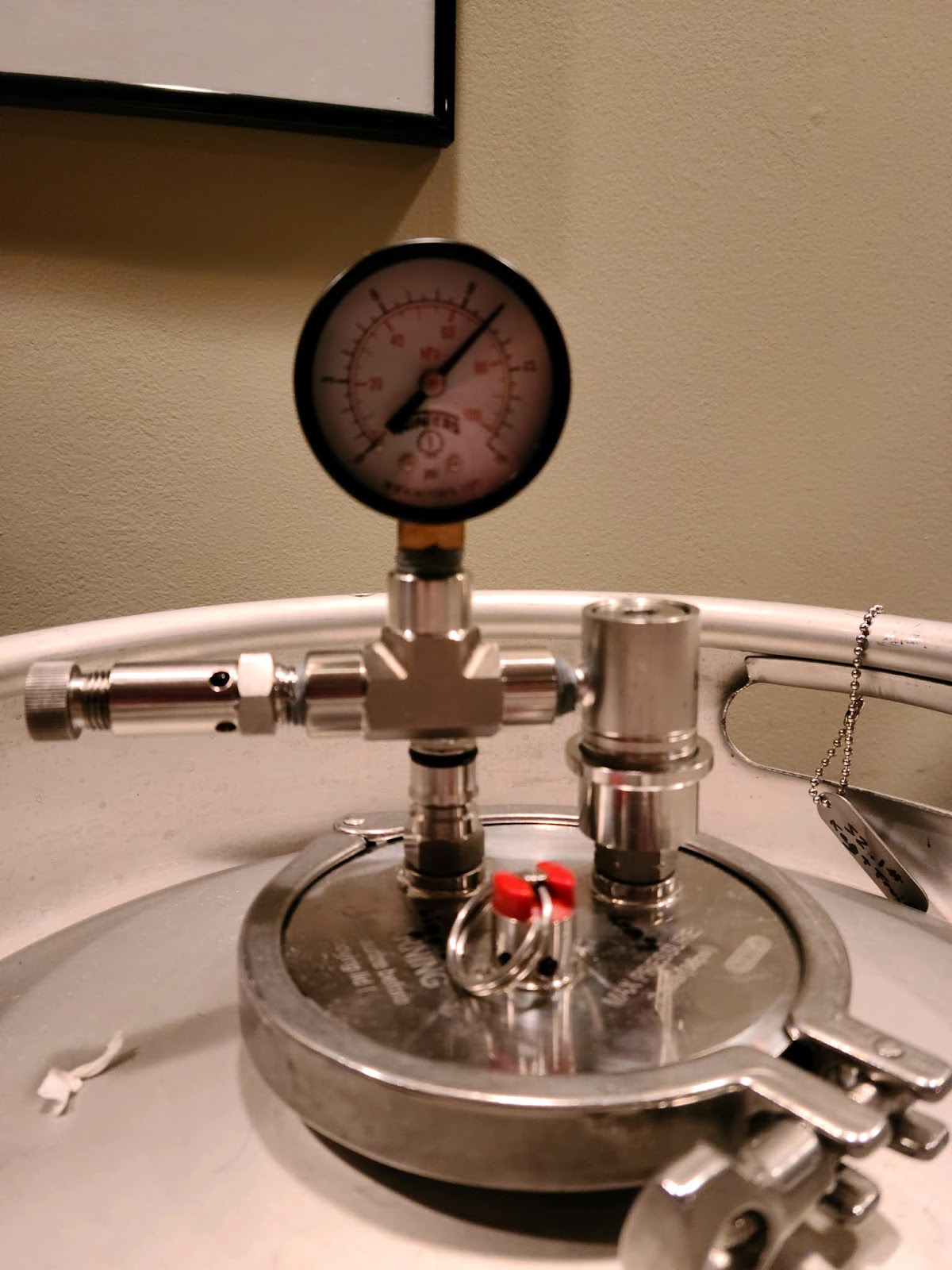